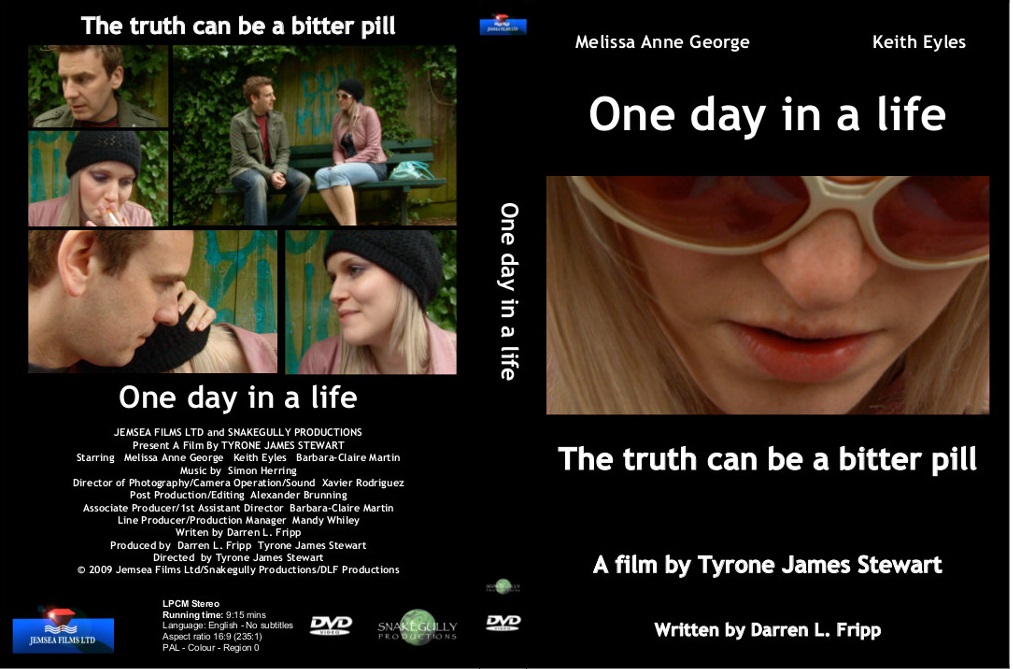 We made this film in about 4 hours on the day. In the course of gearing up to film the short 'God for a Day' we were denied our location filming in Hampstead Heath park. So Darren Fripp came up with the idea to make something with cast and crew standing about. He had written a short story a while back and thought it could be done quickly. We went to a coffee shop near the park and rehearsed it for about an hour, getting the words flowing and what emotions needed to be brought up. With a few slight directions Keith Eyles and Melissa De Mol (credited here as Melissa Anne George).

I was encouraged to make it. As we were doing this, Darren and the crew were finding a location to film. He found a good place up the road, came and got us and we went off to film it. It was an enjoyable day and we had fun doing it. After we celebrated in a pub across from the park. It became a nice evenings drinking.

Over the next few weekends Alex Brunning, the editor, and I put it together then I got Simon Herring to do a nice little musical score and it was finished. It was then entered in to the short film corner at Cannes Film Festival 2010. Had a few more screening over the years. For an off the cuff idea I think it turned out well, has a heavy subject matter but sometimes a little drama is good for the soul and shows the human condition. Don't judge. Understand.